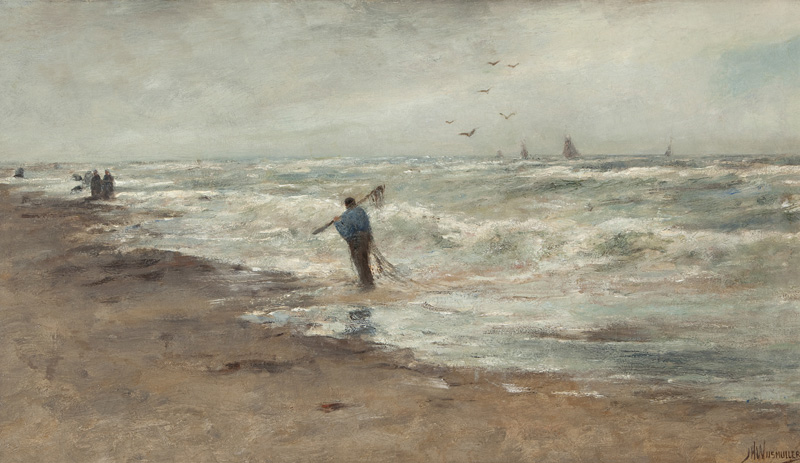 Portrait of Jan Hillebrand Wijsmuller by H. M. Krabbé in 1894.

He is an impressionist of the School of Allebé, better known as Amsterdam Impressionism, part of the international movement of the Impressionism.[2][3] From the art historical point of view he is one of the 2nd generation of the Hague School. He used the bright color palette of the French Impressionists, too – but from the perspective of a Dutchman. 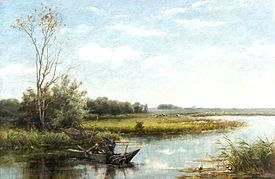 Review of the fishing traps

From 1876 on Jan Hillebrand Wijsmuller began studying at the Royal Academy of Fine Arts in Amsterdam – better known as Rijksacademie. He had been one of the 179 students of Prof. Allebé – it was well known, that his lessons were based on the current flow of time. In 1877 followed his wandering years. They led him to the Akademie van beeldende Kunsten — Den Haag,[4] the famous Académie royale des Beaux-Arts de Bruxelles and the Hague School in its heyday.[5] – The latter brought forth such famous masters such as Johannes Bosboom, Paul Gabriël, the brothers Jacob Maris and Matthijs Maris, Anton Mauve and Jan Hendrik Weissenbruch. Here, Vincent van Gogh found his way into painting.[6]

He won the Willink van Collenprijs for young artists by which he had been supported. This is awarded annually by the Amsterdam Academy Arti et Amicitiae. In 1883 he had won this award. The name of his work is no longer known.

With his own studio he settled in Amsterdam. His friends included the well known artists Ernst Witkamp, Nicolaas van der Waay and Carel Dake.

He belongs to the second generation of the Hague School.[7][8] But he was an representative of the Amsterdam Impressionism, better known as School of Allebé, too.

In his creative works the former life of agile, thriving metropolis Amsterdam was immortalized. The opposite pole are landscape portraits. They include scenes canals, windmills and older landscapes with the day’s work of fisherman. His repertoire is completed by the classic Dutch theme – the continuation of the tradition of the coastal landscape of the North Sea. He also made portraits of the people of The Hague and surroundings.

He was a representative of the realism and the plein air painting. In his paintings he combines the influences of the first period of the Hague School, the Barbizon School[9] and the Impressionists.[10]

In his paintings he cleverly uses his own visual language for the spatial extent and depth. His paintings live by the harmonious play of colors, sky, clouds, water and landscape. The lighting is living though the material interactions typical of the Netherlands seasons and climate.

From an art historical point of view he belongs to the Hague School, the School of Allebé, the Oosterbeek School, the Kortenhoef School and the Katwijk School.[11] It must be seen as a Dutch art movement of that time of impressionism.

His works are characterized by their unique craft skills. His expressions were sketches on paper, and oil on wood and canvas.

He is buried at Zorgvlied cemetery. 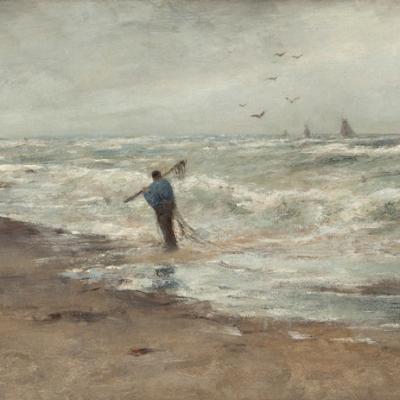 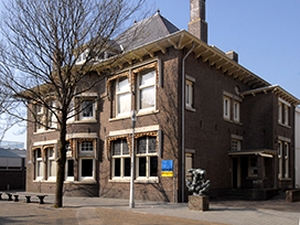